Linking Aadhar Card with PAN Card is nowadays a Big Hot Topic after Government has announced that Every Indian Citizen has to Link the 12 digit Aadhar Card Number with his PAN Card. The main reasons behind this Step are as follows:

The government has extended Aahar seeding deadline 2 times before but here the main question is that is it really compulsory to Link aadhar with PAN? Let's take a look at the government's perspective in detail:

Is it Mandatory to link Aadhar with PAN?

According to Government Permanent account numbers (PAN) not linked to Aadhaar cards will likely become invalid after December 31, a government source said on Thursday, as the Centre pushes to widen the use of the 12-digit biometric identity project.

This is the statement of Government Official “Considering that 98% of the adult population is Aadhaar card holders, a time frame till the end of the year is more than adequate for linking PAN with Aadhaar,” said State Bank of India group’s chief economic adviser Soumya Kanti Ghosh.

“The government has proposed quoting the Aadhaar number mandatory for filing (IT) returns to eliminate discrepancies…many individuals hold multiple PANs and filing returns multiple times; once quoting of Aadhaar becomes binding, this problem will not be there,” revenue secretary Hasmukh Adhia. (SOURCE - Hindustan Times)

“Aadhaar is a more foolproof identity of a citizen as it cannot be duplicated and this will help in addressing graft and though the move will ensure transparency in the filing of income tax returns at the same time, this can also help in tracing money launderers,” said a senior government official.

So, according to the above statements, It's totally clear that Linking Aadhar Number with PAN Card before 31st March is Compulsory and there should be no excuse. We have to follow the Rules. If you have still any doubts regarding the Statement Kindly Comment here. we will try to solve it. 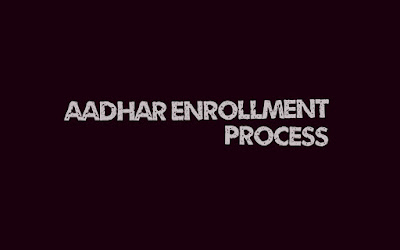 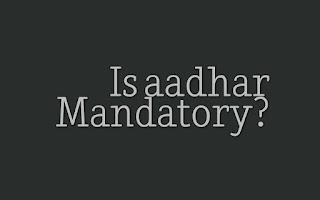